The curve tool can seem a bit daunting at first, it’s one of the last things that I learnt to use on the Procreate app and it really helped me in quickly adjusting my colours and images. In this post, I will try to explain how the adjustment curve tool works the way I understand it. It took me a while and some searching before I finally understood how to use it, so I hope this post will save you some time, confusion and agony.

You will see a colourful histogram in a gridded box with a line across the bottom left and top right of the box. To the right of the grided box, you will see 4 different colour channels: Gamma, Red, Green and Blue.

After you’ve made changes to your image, to go from preview mode back to the original, simply tap and hold anywhere on the canvas till the image turns back to its original state, once you let your finger go, it goes back to the preview mode.

To redo your changes simply press redo or tap with 2 fingers. Once you are happy with your changes, simply go out of the curves interface by taping on any other tools.

Try out the 30 Days Free Trial! The digital painting software for illustration, comics and animation!

Let’s now try to understand the histogram. It shows how many pixels there are for each main colour from dark to light areas of the image (left to right of the histogram box).

in the example below, we can see that green peeks in the middle, meaning that there is a lot of green in the mid-tones of the image.

Since we are using the RGB system here, we know that all the colours on the screen are made from a combination of different levels of red, green and blue, and also that red + blue = magenta, red + green = yellow, blue + green = cyan, all 3 of them form white. Which you can see in the example above, where the colour red and blue overlap, it turns magenta; Where all 3 colours overlap, it turns white.

Moving the top-right node down

Moving the bottom-left node up 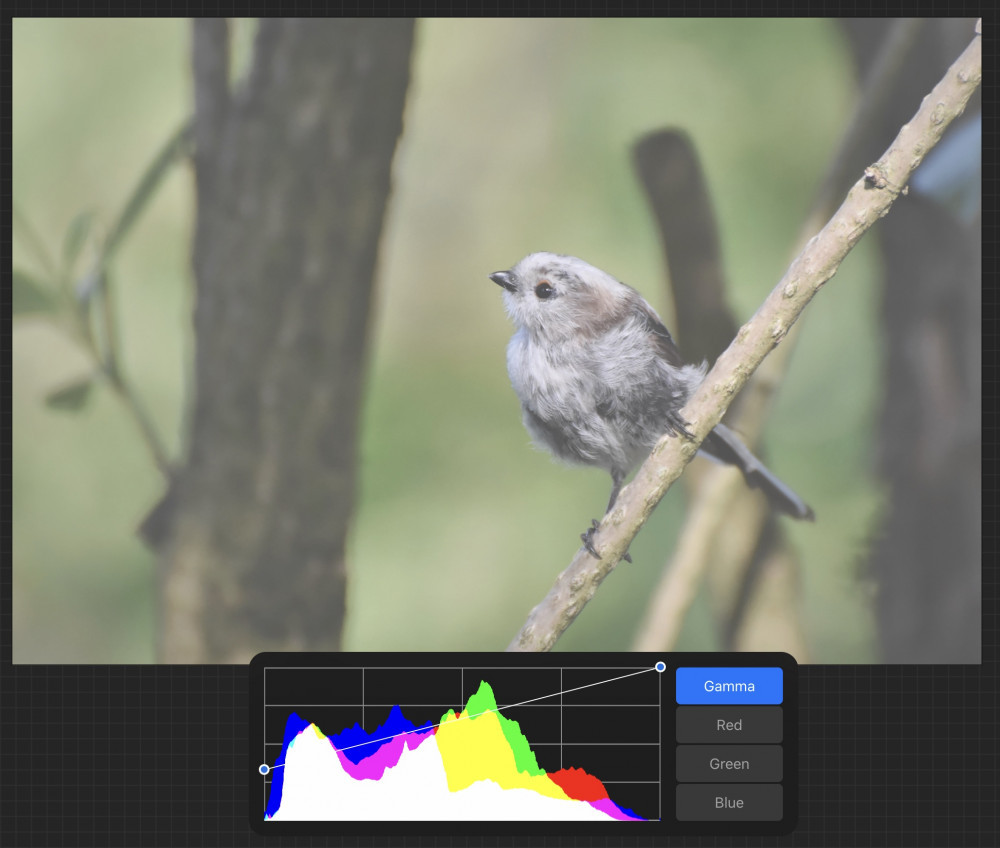 This means you are making the darker areas to the left of the histogram the lightest area, thus making the image lighter (also increase contrast).

This means you are making the lighter areas to the right of the histogram the darkest area, thus making the image darker (also more contrast).

The above is just how I understand the curves tool work, if it’s too confusing for you, below are some shorter explanations for you.

In simpler terms for the coloured channels (for example here: the red channel)

The fun starts when you add in more nodes, this will give you more control in your adjustments. I’ll show you some examples below to help you understand how to use multiple nodes better. To add a node simply tap on where you want it on the histogram box. Then you can drag it around and experiment with the curves. To delete a node, tap on the node and the delete option will show up.

Darken only the darker areas

As you can see in the graph, I made the 2nd node from the left lower, which means the dark areas will be darker, then with 3 nodes to the right, I kept the line straight so there are minimal changes in the lighter areas.

lighten only the light areas

The same concept as before, the line for darker areas are left straight and for lighter areas the node is raised higher to create the curve.

Darken the darks and lighten the lights

The same goes with adjustments in the colour channel.

From the graph, you can see that the green area peaks around the middle, meaning that’s where we should make our changes if we want to make changes to the green. I added 3 more nodes between the 2 initial nodes, so there are 5 nodes in total in the example. The 2 on the left and 2 on the right are to help maintain a straight line so there won’t be too many changes to other areas of the image. Then with the node in the middle, I moved it up to make the green areas greener and a little lighter. If I move the curves down, the image will be less green and more magenta, the opposite of green. The opposite of red is cyan and the opposite of blue is yellow. (As seen on a colour wheel)

I hope my explanation has helped you in understanding the adjustment tone curve tool in the Procreate app better. It can be confusing at the start but the best way to learn is to start experimenting with it yourself. There can be different ways for you to manipulate the curves tool to achieve your desired effects. There are not many tutorials on the procreate tone curve tool but there are many on the curve tool in photoshop, they are pretty similar so you can have a look at them too.

These artist gloves for digital painting are a must for me when I paint on the iPad, when I don’t wear the gloves, sometimes the Procreate app sense my palm resting on the screen as 2 fingers tapping and holding and start undoing! Or sometimes it starts colour picking. I’ve tried the different palm support options but I still get the problem sometimes.  If you’re having these kinds of problems as well, the gloves may be your solution too!

Don’t have an Ipad or prefer using your laptop for digital drawing?

It is the app for artists, designed for drawing & painting. Open the door to creativity without limits, with specialized features for illustration, comics, manga, webtoons, concept art, design, and animation built-in.

It is the main software that I use for my digital drawings. It is a cheaper(one-time payment!) alternative to Photoshop.

I hope you’ve enjoyed reading this post and has found it useful. If you purchase anything through the affiliate links that I’ve provided, I’ll get a small amount of commission (at no extra cost to you!) which helps me continue writing art-related blog posts and tutorials like this one.

Support me on Ko-fi! Your donations and support mean a lot to me and it helps me keep doing what I’m doing!

Like my artworks? You can get them in prints, stickers or badges form on my Etsy shop!
Follow me on Instagram to see more of my art!

Buy me a coffee 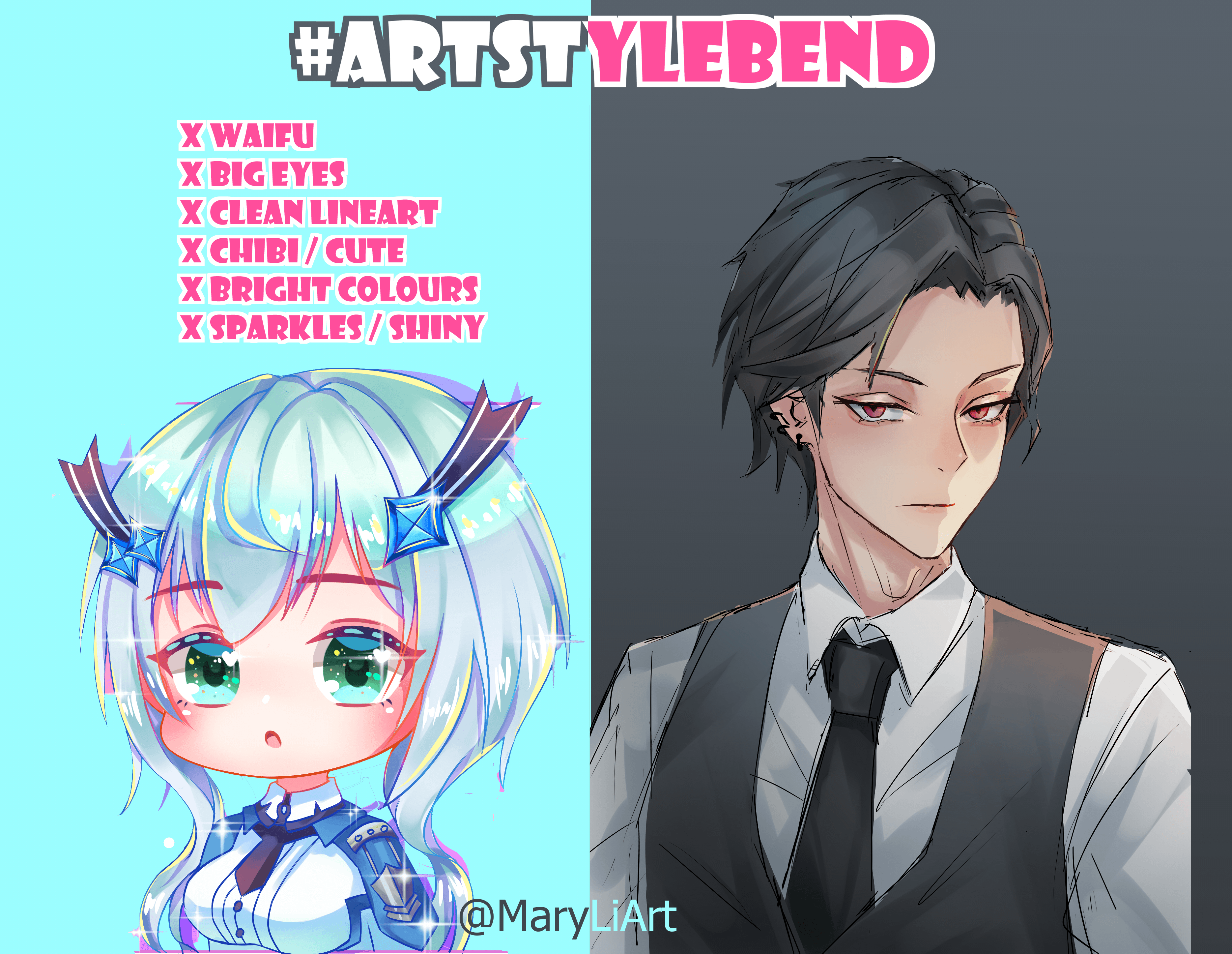 Art Style Bend Challenge – how I drew in a different style 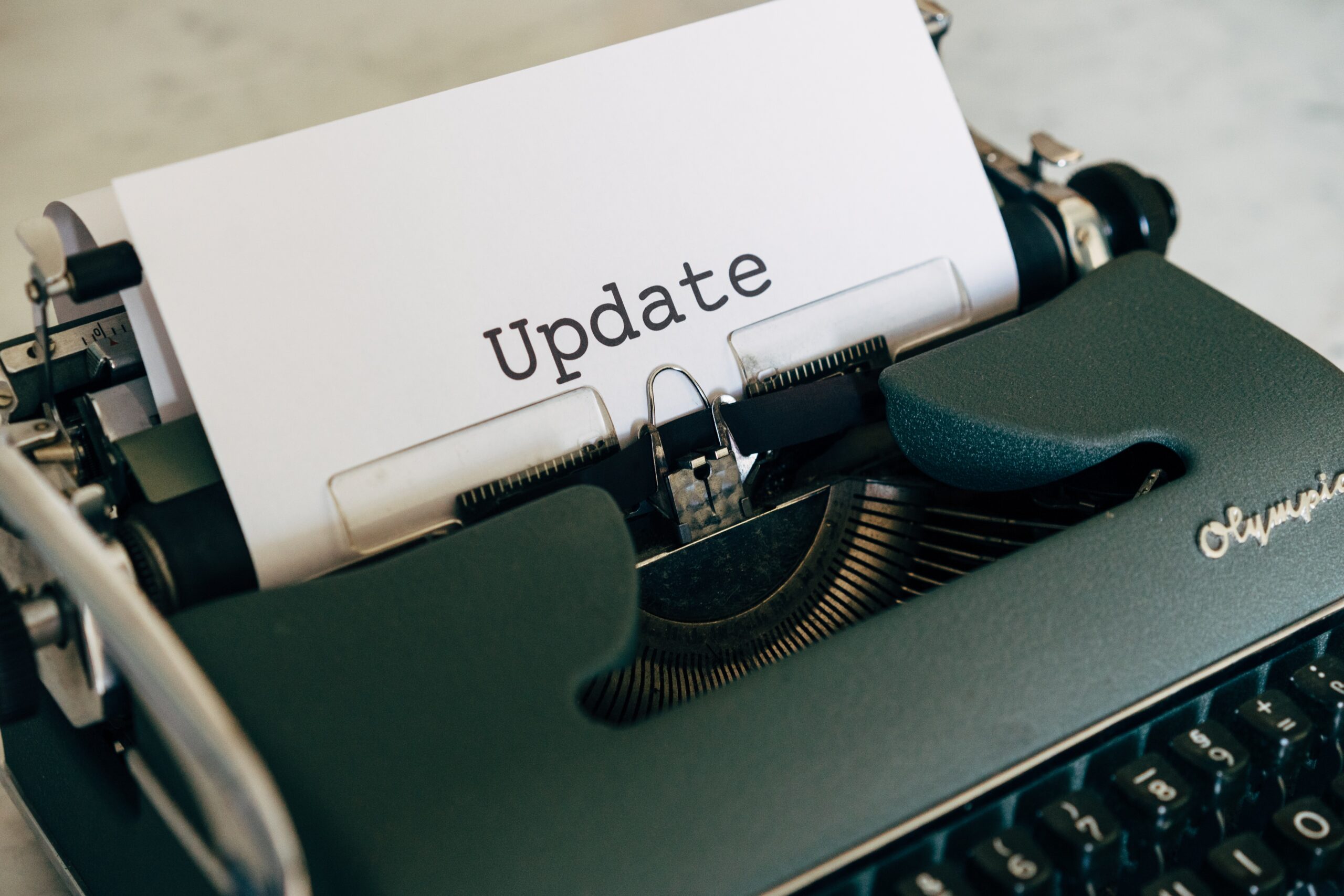 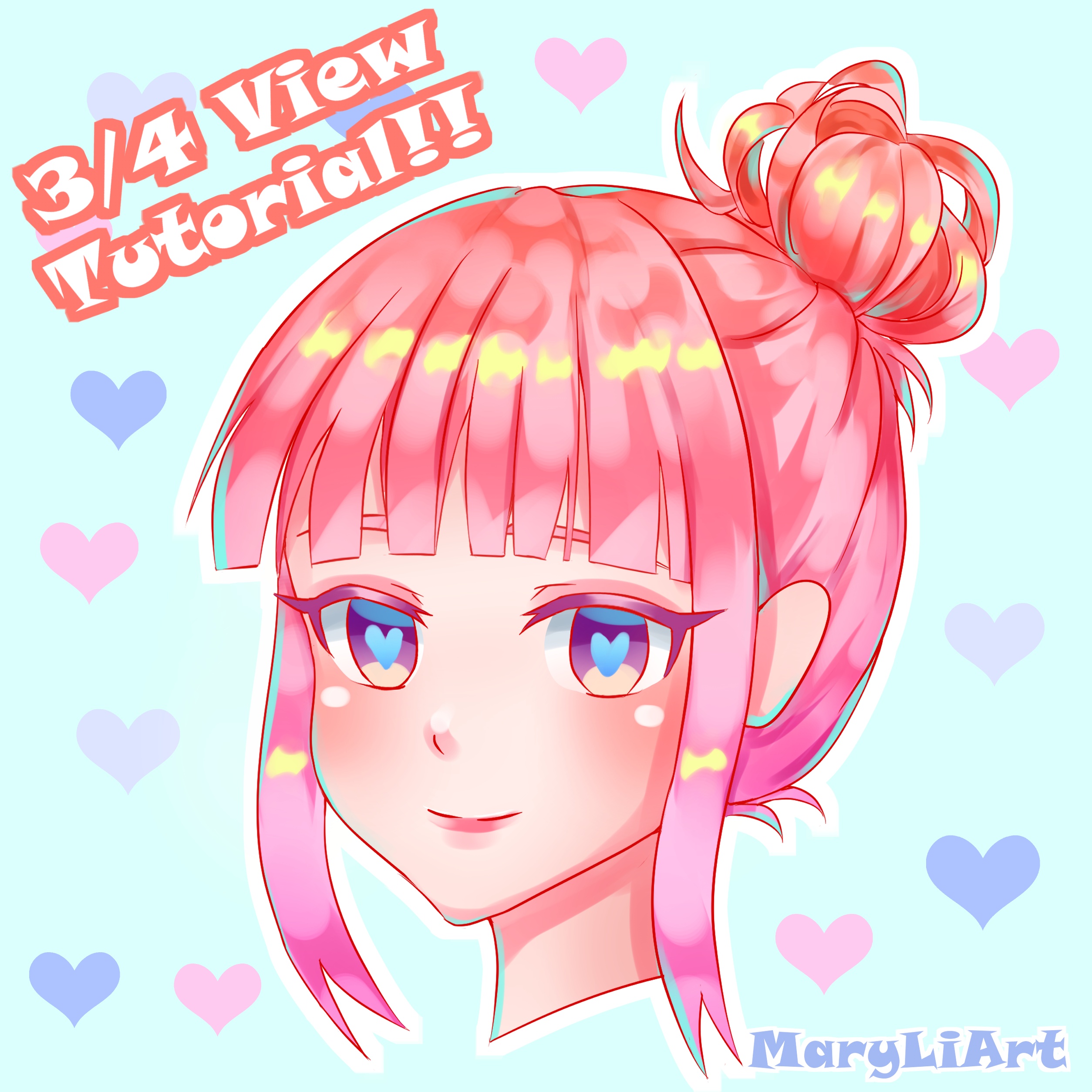 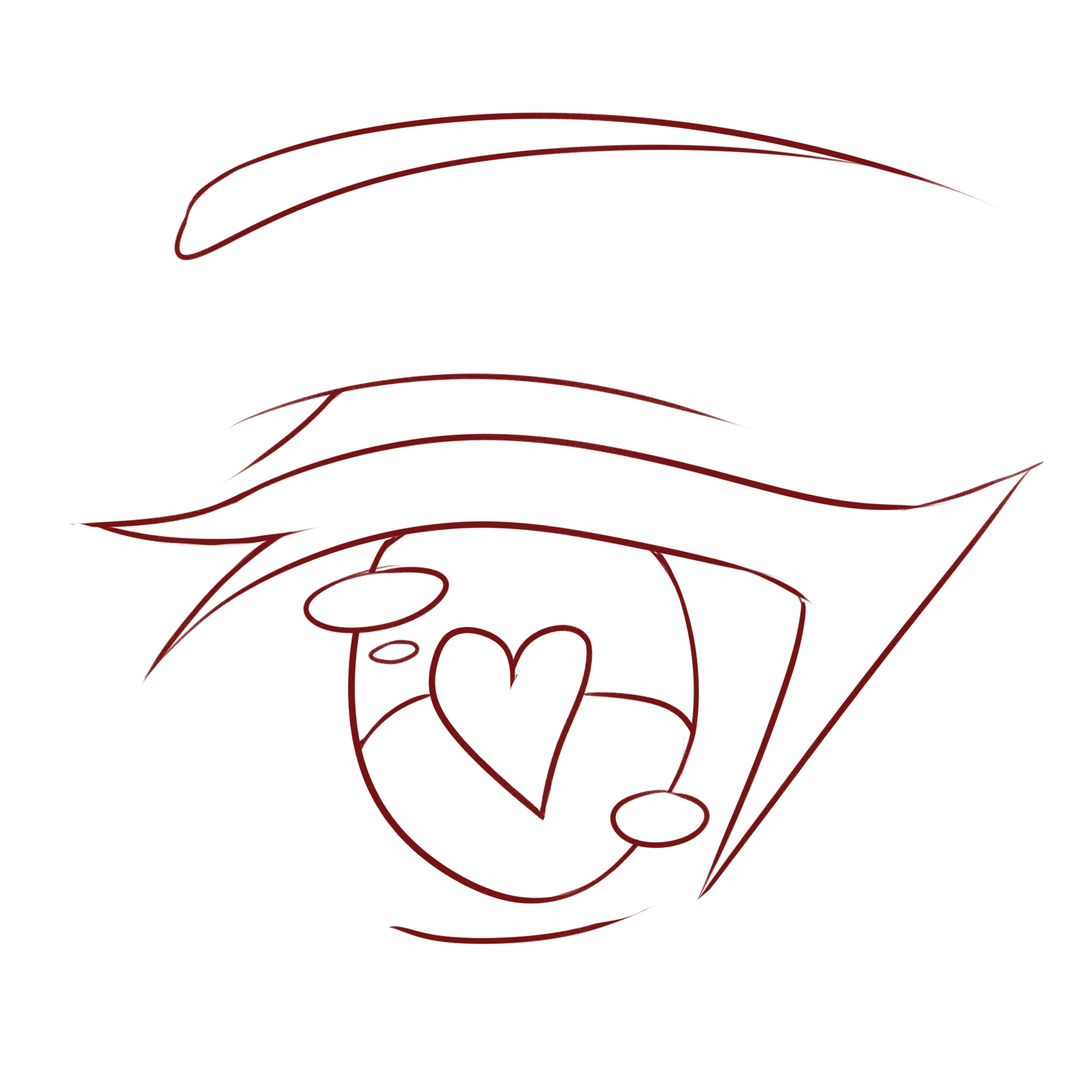 Art Style Bend Challenge – how I drew in a different style

Art challenges come and go all the time, there are yearly challenges like Mermay (where you draw mermaid related drawings every day in May), Drawcember

New update to the procreate app! I’m always so excited when Procreate updates and adds in new features. Once again, they’ve added in more interesting

I’ve made a post on how to draw the head and the face in the front and side view, now it’s time to learn how

Drawing the eyes can be very challenging yet fun for most artists. Eyes are the window to the soul, drawing them properly can make your